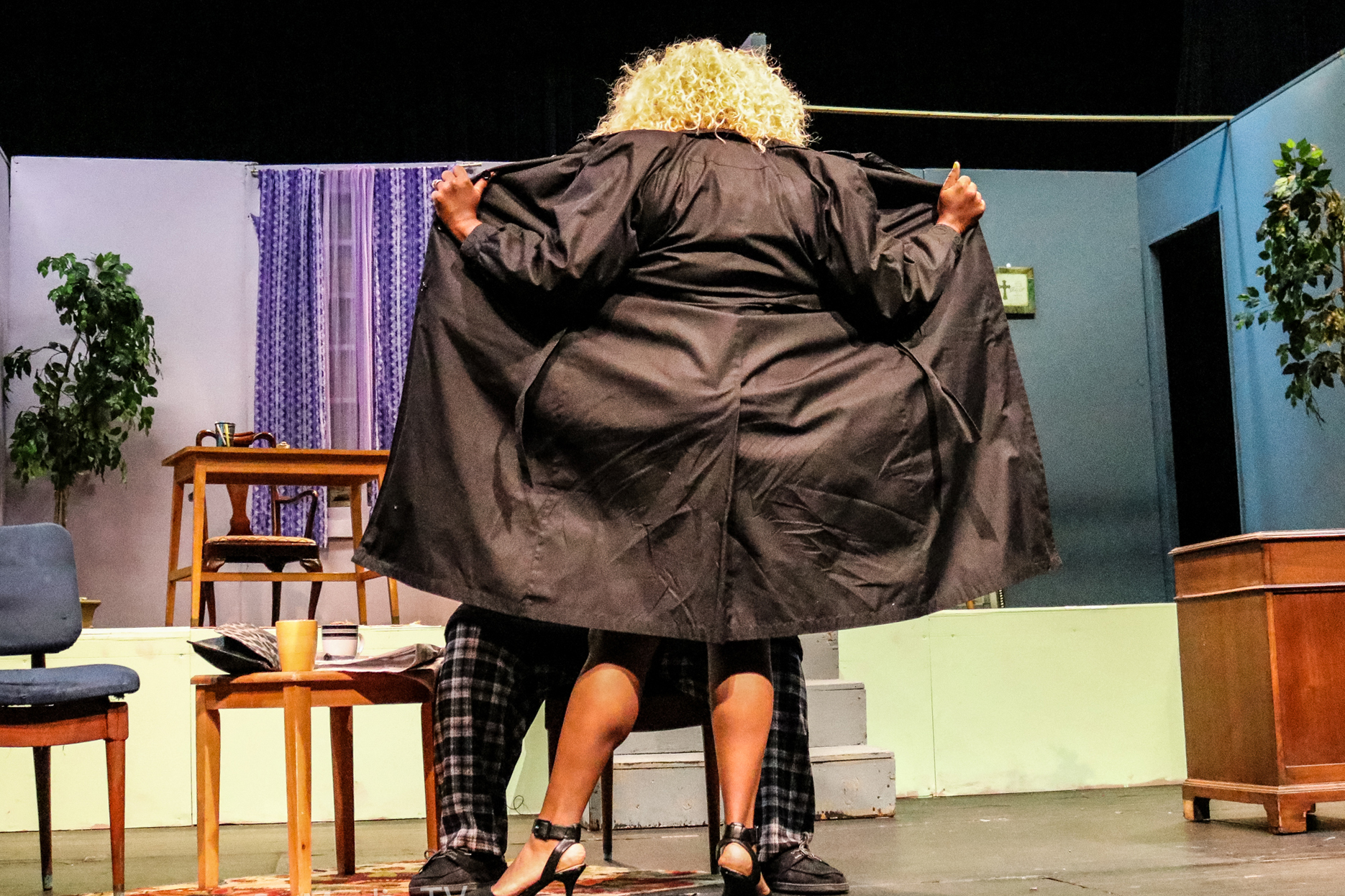 It’s been one week since “The Sex Play, Exposing Ungodly Sexual Ties” (The Sex Play) hit the stage at Southwest Tennessee Community College (SWTCC) in Memphis. The stage play which was written and directed by MaryAnn Washington exposes dirty family secrets along with dysfunctional relationships and marriage. 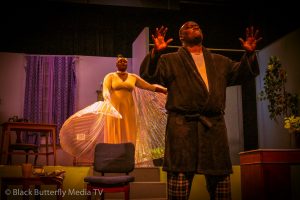 Phillip Rutherford (Willis Green) prays for deliverance from his sexual demons with the help of his guardian angel (Chi Chi Mason).

If this first stage production by Washington is any indication of her talent as an up and coming playwright and director, the theatre community is in for an exciting ride from the cast and characters she is about to unleash onto the world. Washington says that “The Sex Play” is a production God has placed in her heart to not only expose ungodly sexual soul ties but help those viewing it identify those ties in their own life.

Although the production was a little over 3 hours long, it sent a much needed spiritual message through entertainment and humor that kept the audience engaged throughout the entire production. This production has great casting and a large ensemble cast.

Right off the bat, the first scene deals with family incest. Nichole Tate Jackson plays Aunt Ursula, who is in need of sexual healing from outside her marriage. Whether it’s from an old boyfriend or her own nephew Phillip (Willis Green), Tate-Jackson brings the right amount of sex appeal to her character as she sways her hips and charm across the stage to ever so slightly seduce her nephew. 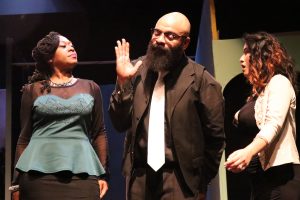 Willis Green brings a strong yet vulnerable characteristic to the role of Phillip Rutherford. As he’s in a tug of war between his spiritual confections and his fleshly desires, he believes he has broken free from his incest past with Aunt Ursula (Nichole Tate-Jackson) with the help of his guardian angel (Chi Chi Mason). Mason’s cameo performance throughout the production, identifies sexual soul ties through biblical scripture.

Latresia D. Bobo plays the role of Minister Camille Randolph who is a woman recovering from an ungodly sexual soul tie with a minister in her church. Bobo gives a heartfelt testimony as Minister Randolph who walks the audience through her journey.

Minister Randolph uses her own experience to assist Aunt Ursula when she comes to the church seeking help from her adultery affairs. The look on Aunt Ursula’s face is priceless when Minister Randolph suggests that they lift up their hands in prayers to rid aunt Ursula of her sexual demons. 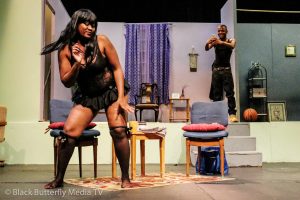 It’s scenes like this and the one where 18-year-old Paige (Georgetta Buggs) dresses up in black lingerie and practices a sexy dance for her married boyfriend Mike only to be interrupted by her cousin Keith (Justin Pugh) that keeps the audience laughing.

Extramartial affairs creates intense drama for Mike Vandervedee (Delvyn Brown), when his wife Vanessa (Jai Johnson) catches him with his mistress Peggy Sue. There is a dynamic chemistry between Mike, Vanessa and Peggy Sue that brings passion and intrigue.

Brown plays a very convincing Mike Vandervedee who is a true womanizing narcissist. Johnson gives a very powerful and emotional performance as Vanessa Vandervedee. Through her trembling mouth and streaming tears, the audience could feel her pain as she told her husband Mike (Delvyn Brown) that she’s fed up with all his years of cheating.

Divine Dent plays the mistress that everyone loves to hate.  The audience soon realizes the affair with Mike was based on a deep-rooted hatred of his wife. 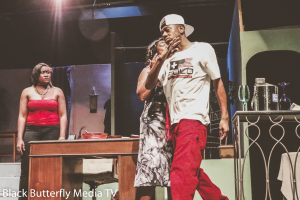 Peggy Sue wasn’t the only one Mike Vandervedee had his eye on. There was also sweet caring Eve played by Tymika Chambliss who fell prey to Mike’s sexual advances. Chambliss was able to portray Eve’s strength and weakness.

The other soul ties dynamics in the play centers around Iris played by Debra Toombs. Toombs performance, as a woman who married a man based on lust, is gripping.Iris pledges with her son Keith (Justin Pugh) not to hurt his step-father because of the abuse he has inflicted on her. The dynamics left a powerful cliffhanger near the end of the play.

Tara Hickey plays talk show host Jean Willis in the final scene in which Phillip guides the audience through the steps to be released from an ungodly sexual soul tie. This was a very spiritual and moving scene.

Washington already has her eyes set for part two of this inspirational production. The world can’t wait.