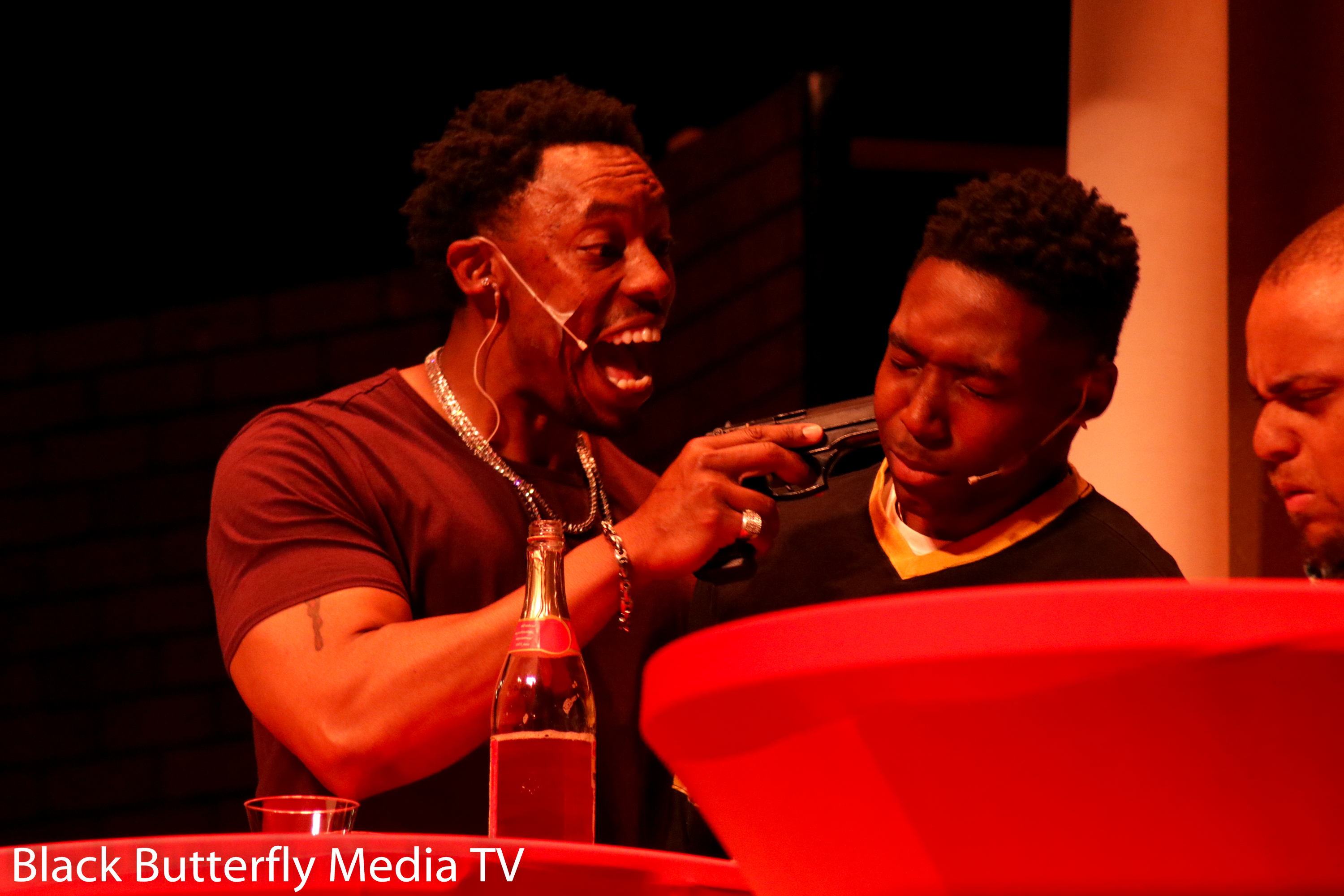 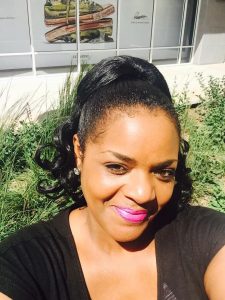 In a world that’s filled with so much pressure to fit in, there comes a dramatic stage play that is so powerful that it can only be described as God ordained. “Uncover Church Folk” was written and directed by Natasha Clay-Hill of Ova Flow Productions. It’s sold-out performance at the Buckman PerformanceArts Center last year ended with a standing ovation from an audience that was genuinely moved by the production.

This is Clay-Hill’s second production of this stage play that centers around those that struggle with wanting to live for God but still hold on to people and a way of life that keeps there in spiritual bondage. In other words, the so-called “Fence Straddlers” who has one foot in the world and one foot in the Lord.

Clay-Hill has done more than work behind the scenes. She has acted in several skits, plays and short films such as “The Mix Up,” “Kela” and “Detention.” Clay-Hill is inspired by having the opportunity to change lives. 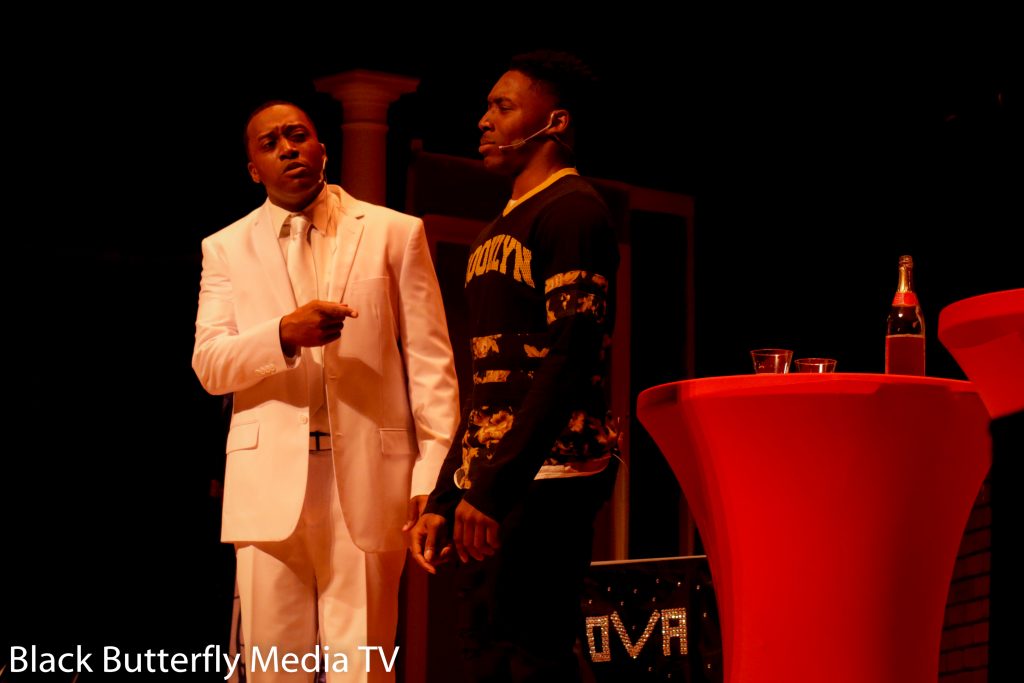 Bobby (Jalen Hill) is visited by an angel (Clinton White) who confronts him on his spiritual torment.

“Uncover Church Folks” centers around two characters Bobby (Jalen Hill), a teen feeling like he’s being pulled into a life of crime and Shadae (Angela Garrison), a woman who has gotten disenchanted with the church due to life circumstances. The villain in this production is “Mo’ Money” played by Christian rap artist Arthur “Triz” Miller who also performs in the production. “Mo Money” is a hardcore drug dealer and nightclub owner who pressures Bobby to continue selling drugs for him.

Gabrielle Lewis plays Mary who tries to get her high school friend Shadae (Angela Garrison) to come back to church and renew her commitment to God. Things get serious when Mary lay dying in the hospital from a car accident. When Shadae goes to the hospital,  the audience is moved by the emotional scene as Mary has her final conversation with Shadae.

Clinton White plays the angel that visits Bobby and Shadae to lead them back to the path of righteousness. White also plays Deacon Agnew. White brings a little humor to the play when Deacon Agnew gives his rendition of twerking in front of the younger members of the church. 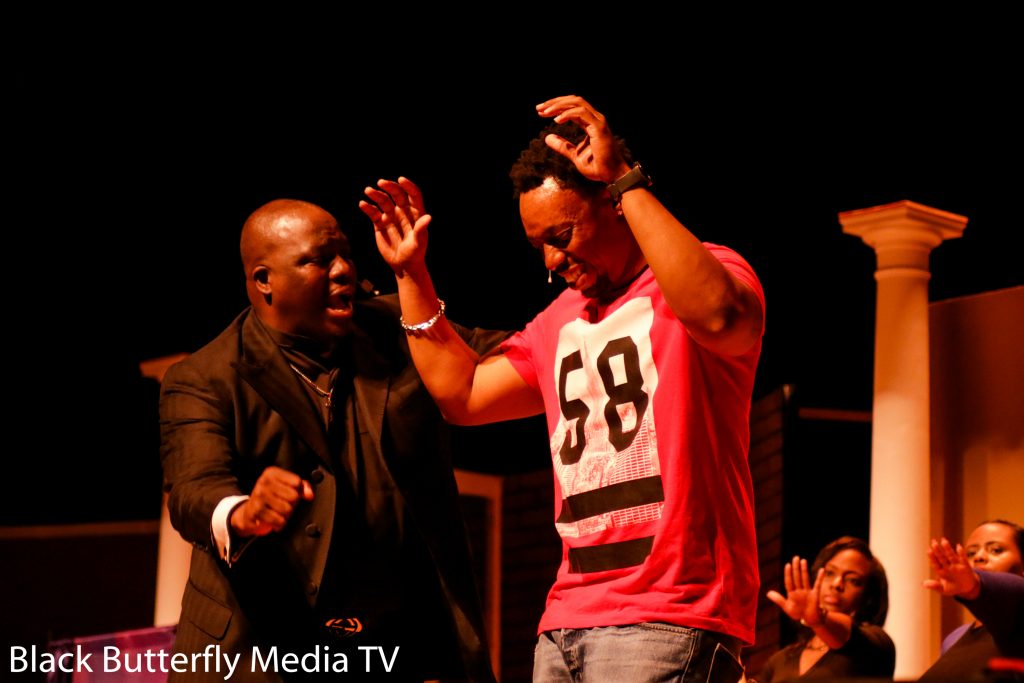 Cookie played by Michelle Jones tries to introduce her friends Kee Kee (Chyretha “Nikki” Matthews) and Shadae (Angela Garrison) to cocaine, but Shadae wasn’t having it. Next thing you know, Cookie’s blonde wig gets snatched off.

Pastor Ross played by Pastor Lat-Doir Glasper of Kingdom Life Church tries to come to the rescue of Bobby as he is being tormented by “Mo’ Money.” Mo’ Money gets into a head to head confrontation with the pastor. It leads to a dramatic scene with a between good and demonic evil.

The explosive scene has Pastor Ross battling the demonic spirit that has consumed Mo’ Money. Mo’ Money falling to his knees in repentance was the most powerful scene in the production.

The production gives the audience a lesson in forgiveness and second chances. It’s never too late for second changes with God.

Make sure you stay connected to Ova Flow Productions for new upcoming stage plays in 2018.