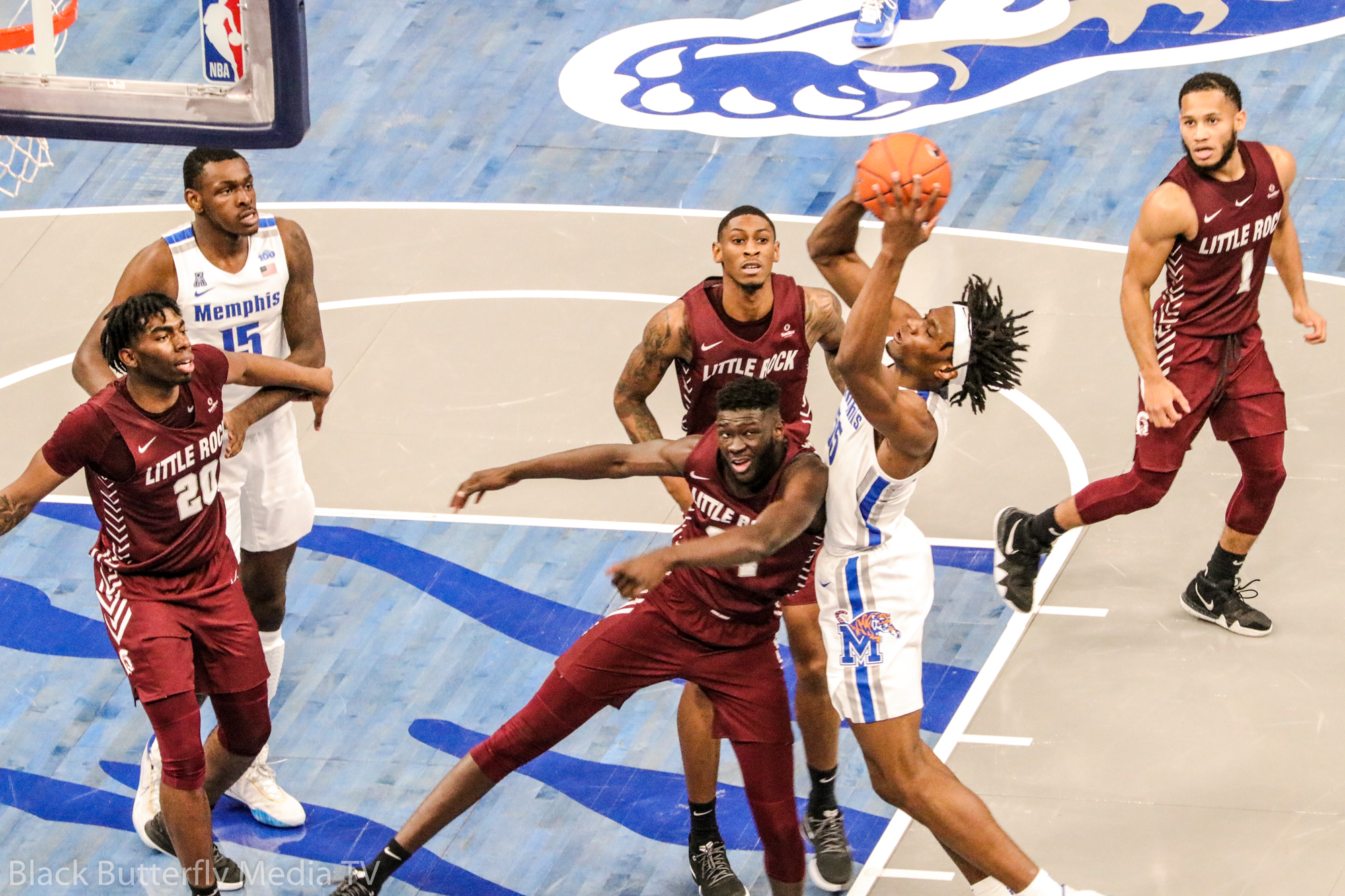 This game wasn’t a pretty win for the Memphis Tigers Wednesday night at the FedEx Form as they beat the Little Rock Trojans, 68-58. Not sure what the Tiger’s problem was at the beginning of the game, but Little Rock had a 9 point lead before the Tigers scored their first basket. During a Memphis home game, it’s customary for fans to stand until the tigers score their first point. After a couple of fouls, baskets by Little Rock, and timeouts with no Memphis basket in sight, many fans just gave up standing.

This game was the first home game for the Tigers in which they didn’t maintain a lead through the entire game. Memphis’ most significant lead was ten points, which are far from the 30 plus score from their previous home games. Memphis Head Coach Penny Hardaway is aware of the things his team needs to work on moving forward. “I don’t want them to turn down shots to drive the ball in the lane… You have to shoot with confidence,” says Hardaway.

The Tigers MVP for this game would have to go to D. J. Jeffries. It wasn’t until Jeffries made a dunk with almost 6 minutes into the game that the Tigers started breathing life back into the game. Four more baskets followed the dunk all by Jeffries before Precious Achiuwa made a layup around 12 minutes into the first half. “If it weren’t for D. J., we would probably be talking about something different right now,” says Achiuwa. Achiuwa made a double-double in the Memphis game against Little Rock with 16 points and 12 rebounds.

The Trojans MVP would be Markquis Nowell scoring a high of 16 points and four steals. Nowell entered the game as the Sun Belt Conference leader in points, minutes, free throw percentage, assist and steals. Kamani Johnson should also deserve some recognition for getting a double-double with 10 points and 11 rebounds in the game against Memphis.

Things got heated on the floor with both teams during the 2nd half. Little Rock Kamani Johnson and Memphis Lance Thomas traded words receiving technical fouls. Thomas teammate Lester Quinones stepped in to separate the two before things got physical. Memphis Tyler Harris and Little Rock Markquis Nowell exchanged words with less than 30 seconds left in the game.

What’s Ahead For Memphis?

Memphis is scheduled to play Ole Miss this Saturday at the FedEx Forum, followed by a road game on Thanksgiving Day against North Carolina State. Ole Miss will be coming into the game with a 4-0 record and looking to maintain their winning streak. Even with Memphis being Ole Miss’s first road game, the Tigers still need to take the Rebels very seriously. Tip-off time for the Memphis vs. Ole Miss game will be noon at the FedEx Forum.