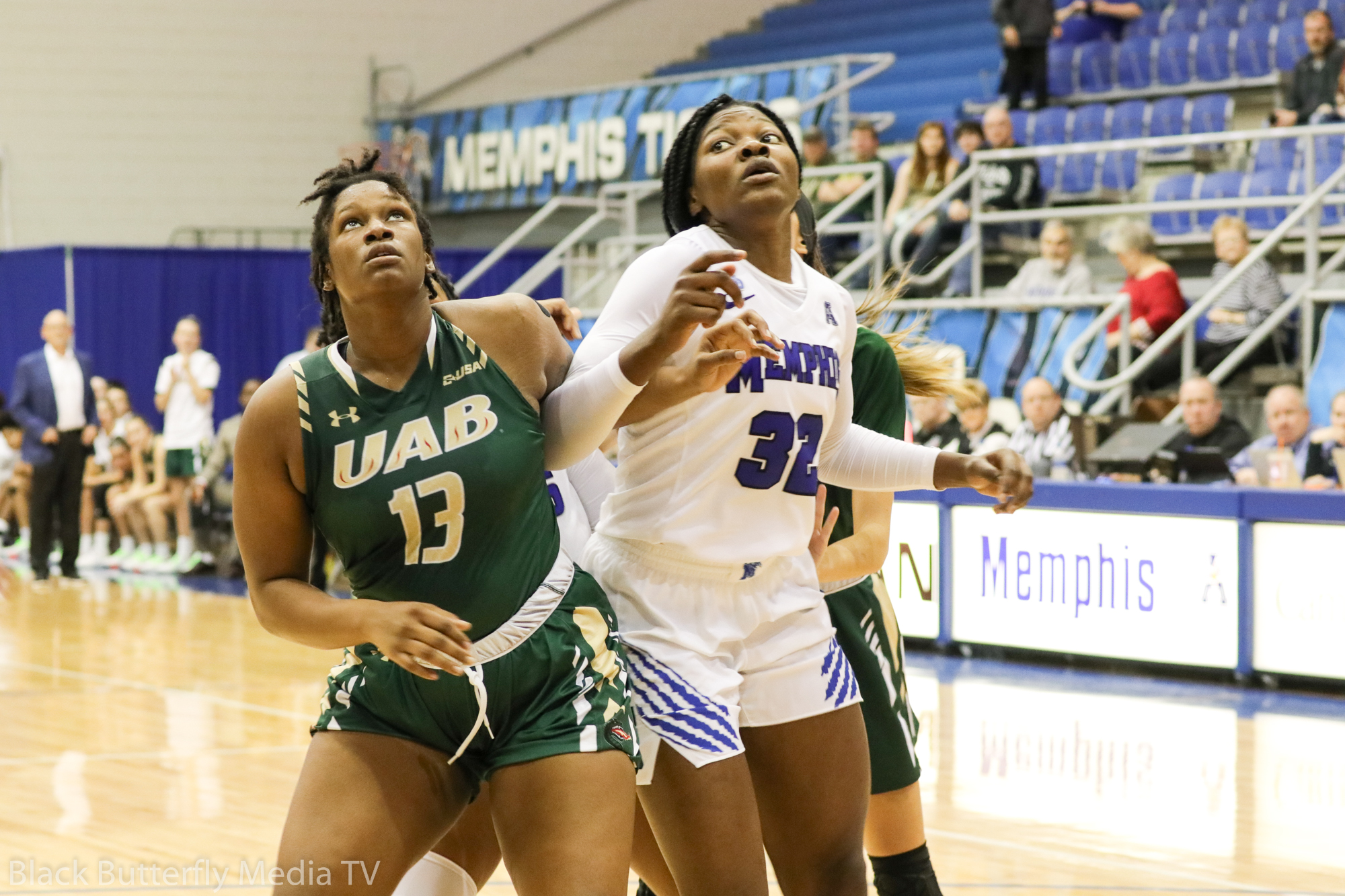 This was the most significant home game win of the season for the Memphis Lady Tigers as they soared against the UAB Lady Blazers, 77-52. The Lady Tigers led the entire game. Their largest lead came in the 2nd half when Alana Davis scored a layup giving the Tigers a 28 point lead with only three and a half minutes left in the game.

Dulcy Fankam Mendjiadeu scored her third double-double of the season with 13 points and 13 rebounds against UAB. Davis and Gazmyne Herndon scored a high of 15 points each in the match-up.

The win against UAB redeemed the Lady Tigers from the last home game in which they had a devastating loss against George Washington in the last few seconds of the game. That game signaled the third loss in a row, but the Lady Tigers took that lost and rallied back with three straight road wins against Southern Illinois, Toledo, and Kansas State.

The Lady Tigers will host their next game on Saturday, December 14, 2019, against Arkansas State at the Elma Roane Field House at 12 PM. The game was moved up from it’s original time of 2 PM to allow fans to watch the Men’s Basketball Team take on Tennessee on ESPN.

The Arkansas Red Wolves will be coming off of a two-game winning streak against San Diego State and Arkansas – Pine Bluff entering the game against Memphis. Arkansas State has three players from the Memphis area, Jireh Washington (Central High School), Johnna Jones (Munford High), and Kayla Williams (Overton High). It will be interesting to see how William matches up against Mendjiadeu in the Memphis vs. Arkansas State game.

Memphis fans will also see a familiar face on the Red Wolves team. Former Memphis player Jada Stinson will be redshirting in her first season with Arkansas States.