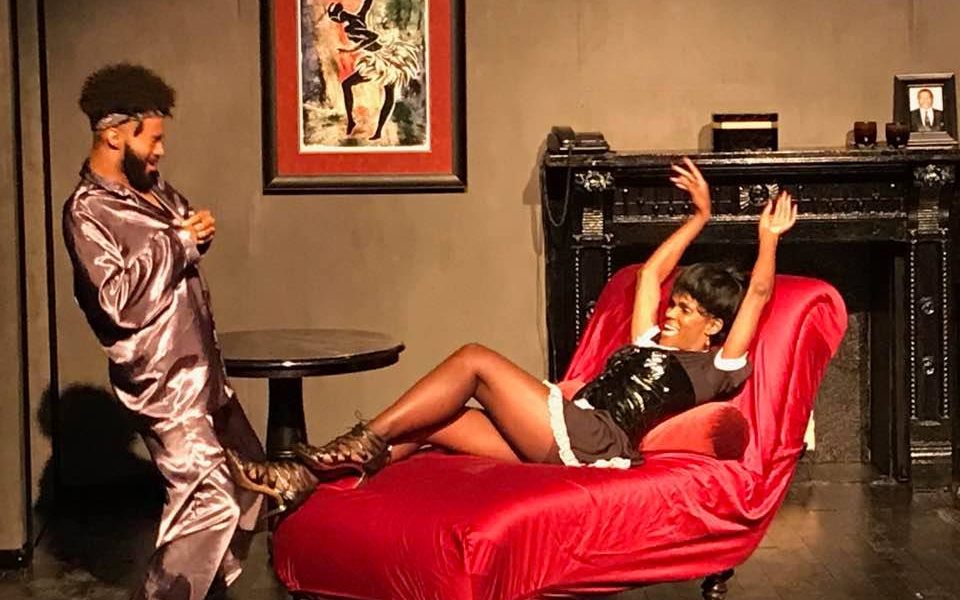 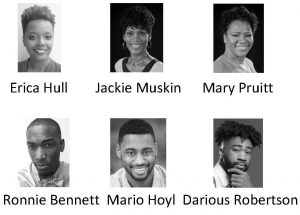 The cast of “Sassy Mamas”.

“Sassy Mamas” has made it’s way to the stage of Hattiloo Theatre. This is the story of how Stella really got her groove back! It is a delicious romantic comedy with a cast of veteran and newcomers to the Hattiloo Theatre stage. “Sassy Mamas” was written by award-winning playwright Celeste Bedford Walker.  It is directed by Patricia Smith.

This steamy, hot and sexy romantic comedy is about 3 seasoned women in need of some sexual healing in the form of Wilhemina (Mary Pruitt), Mary (Ericka Hull) and Jo Billie (Jacki Muskin). Wilhemina is a high ranking official at the White House who is single with no children and appears to be content with her life. Jo Billie is a grieving widow in search of some excitement in her life. Mary is a soon to be divorcée that feels somewhat responsible for her husband running off with a younger woman. Each woman finds herself entangled in a relationship with a much younger man. All three believes that they are in control of the situation but quickly realizes their young partners are no pushover. 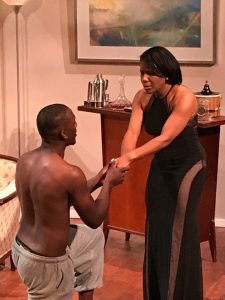 Mary Pruitt is paired up with young actor Ronnie Bennett who plays Wes, a young television commentator. Pruitt does a lot of fanning as Wilhemina trying to maintain her self-control over her physical attraction to Wes. Bennett had some of the women in the audience fanning, when he exposed his muscular physique, while he gently lures Wilhemina into the bedroom.

Ericka Hull is an educator turned actress who is cast opposite Mario Hoyle (Colby). Her educator background maybe part of the reason she comes across as a natural at schooling Colby on how to treat a woman and his desires in a relationship. Hoyle is able to bring an innocent to his character but a the same time delivers the strength and sternest his character needs when he refuses to be a boy toy.

Jacki Muskin plays the one and only “Jo Bille”. A woman that knows what she wants and goes after it. Muskin plays opposite Darious Robertson. Robertson plays LaDante or shall we say “Tay Tay”. He is a young talented actor who is currently studying theatre and business at Christian Brothers University. Robertson not only acts but he also shows off his comedic skills in this production.

Kudos to director Patricia Smith for pairing Muskin and Robertson together. The dynamics between the two are fun to watch.

One of the hilarious scenes is when Jo Billie (Jacki Muskin) and LaDante (Darious Robertson) are role-playing in Jo Billie’s apartment. Jo Billie walks out in a skin-tight leather cat woman suit cracking a whip. They are interrupted by a knock at the door from a distraught Mary (Ericka Hull). LaDante hides while Jo Billie gets the door and tries to comfort Mary. LaDante keeps popping into the room, unknowingly to Mary, making sexual gestures. 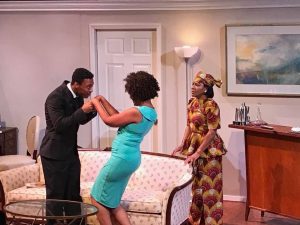 This show is full of warmth and laughter. It’s a feel-good romantic comedy with a talented cast of actors.

So which one of these seasoned women walks off with the man of her dreams? You’ll have the see the show to find out before the last performance on Sunday, October 22, 2017. Contact Hattiloo Theatre for ticket information.