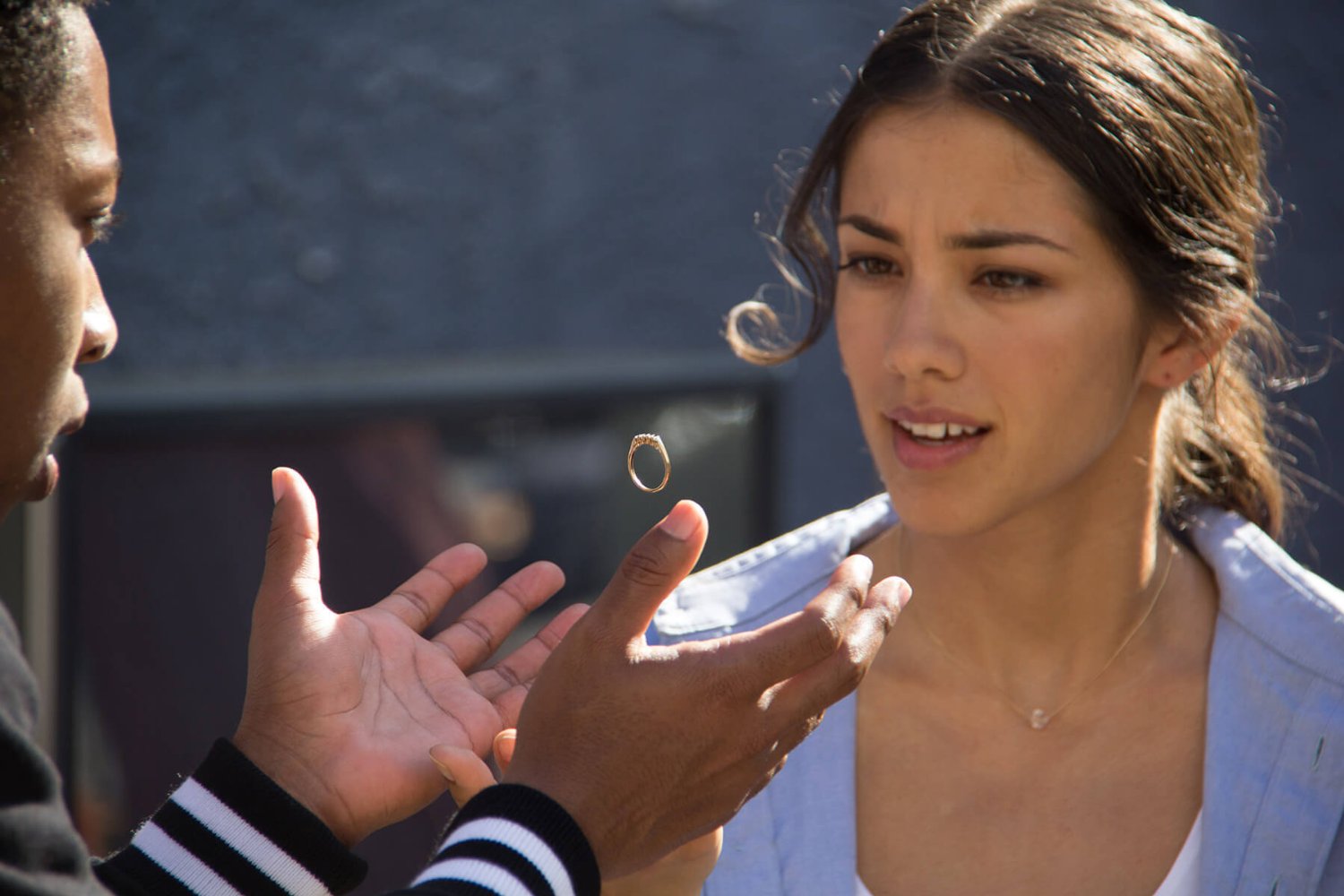 If you think that Sleight is a movie about some street hustler that can do cool magic tricks, you are in for an eye-opening experience. It’s the type of movie that’s setting the stage for a phenomenal superhero series unlike any other. The movie’s gritty drug selling scenes adds to this powerful gripping story.

Sleight is about Bo (Jacob Latimore), an intellectually gifted teen who gets in way over his head trying to provide for his little sister Tina (Storm Reid) after the death of their mother. In the opening scene, the camera pans all of Bo’s awards and accolades in science and engineering from high school inside his bedroom. It creates in the mind of the audience that this isn’t any ordinary teen. 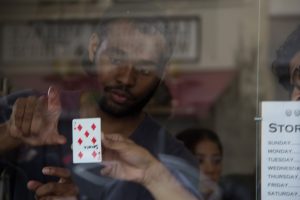 In the movie, Bo’s magic tricks consist of levitating and moving objects along with card tricks. The card tricks used in the film is a form of Cardistry. Cardistry uses dizzying shuffles, acrobatic cuts, cards flying in and out of perfect geometric shapes to create illusion and the awe factor. For the movie, Cardistry/magician and YouTube sensation – Fontaine, aka Zach Meuller was brought in to assist with that particular aspect of the movie. Meuller is a magician specializing in the growing art form.

“I didn’t notice how big the Cardistry/magician community is – it was something you don’t really think about” says direct J. D. Dillard. Screenwriter and director J. D. Dillard along with co-writer Alex Theurer has created something unique and realistic with this film project. The film already has people slating him as the next indie filmmaker to catapult into the Hollywood big leagues.

“Magic has always been a part of my life. It’s something I’ve loved since I was a kid”, says Dillard.

Dillard and Theurer wrote Sleight as a short script just for fun but they both soon realized that there was a natural relationship between magic and crime. “They both required a certain degree of deception and that became the premise for Sleight”, says Dillard. This makes the movie very intriguing. “We love pairing different worlds; the joy of magic and illusion clashing with the harsh realities of street life gave us a foundation which we could build an engaging story around”, says co-writer Alex Theurer. 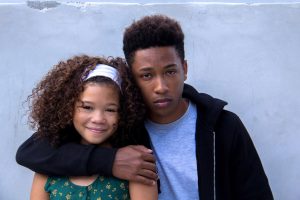 The entire movie was shot in 16 days on a tight budget and the final sequence was actually filmed in one day. “We organized the day to properly prioritize some of the harder gags; with the plan set, it was just a race to capture everything in 12 hours…”, says Dillard.

Dillard made a great choice in casting Jacob Latimore as Bo in the lead role. Latimore has a charismatic charm on the big screen that draws audiences. “While reading the script, I felt I was drawn into one of my favorite childhood movies and I wanted to be a part of that. I also liked the balance of a normal guy, magician and a new kind of superhero in the character of Bo”, says Latimore. This movie will definitely raise Jacob Latimore’s star power in Hollywood and make everyone take notice.

Bo’s love interest is Holly (Seychelle Gabriel). Holly’s connection with Bo allows her to see that she deserves a better life than living with an abusive alcoholic mother. 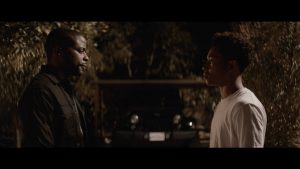 Angelo (Dule’ Hill) shows Bo (Jacob Latimore) the dark side of the streets.

The villain in this movie is Angelo played by veteran dancer and actor Dule’ Hill. Angelo is the hardcore drug dealer that exposes Bo to the dangerous side of the drug world. This is Hill’s first time playing a villain and he jumped at the opportunity of play such a gritty character. “I spent most of my time working with Jacob; he brings a great energy into any room he’s in. His work is subtle and easy and I had a wonderful time sparring with him on camera”, says Hill.

It’s not until the end of the movie that the audience will realize that this could be a phenomenal super hero series. This superhero will use high levels of intellect in engineering and physics to create his own powers. It can’t be described as anything but genius.

Scroll for more
Tap
Real Life Weaponless Soldier Portrayal in Hacksaw Ridge
Things We Do For Love in “Everything, Everything”