Family Dynamics in “Almost Christmas” Makes It a Must See This Holiday Season. 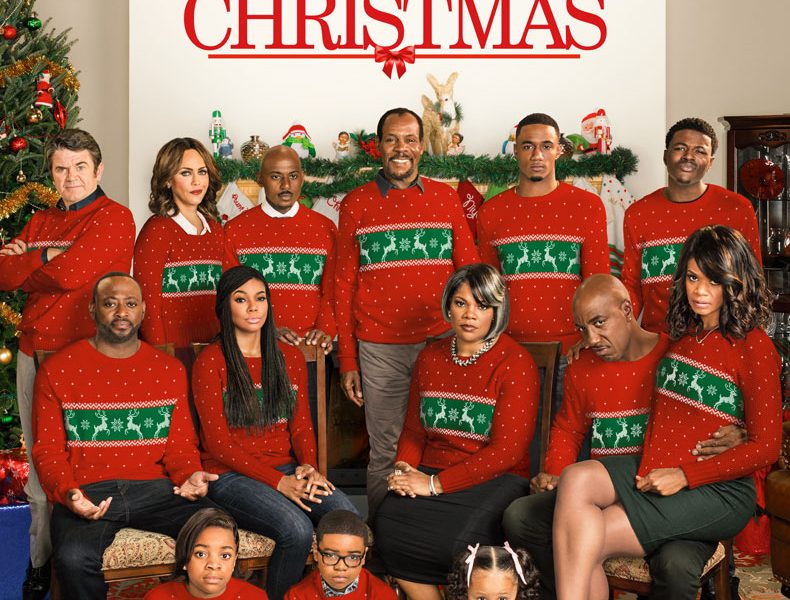 Family Dynamics in “Almost Christmas” Makes It a Must See This Holiday Season.

The holidays bring families together for good times and holiday cheer. Or does it? The Myers family is coming together to celebrate the first Christmas without the family matriarch. In “Almost Christmas” Danny Glover plays a recent widower and father of 4 children. He invites daughters Rachel (Gabrielle Union) and Cheryl (Kimberly Elise) and sons Christian (Romany Malco) and Evan (Jessie T. Usher), and tries to adjust to the holidays without his beloved wife. The movie has cameo appearances by R&B singers Gladys Knight and Monica. Singer/songwriter Keri Hilson plays Jasmine and brings drama to her cameo appearance that brings drama to the storyline.

Lonnie is finding it hard to speak sitting next to his wife Cheryl and girlfriend Jasmine. Photo by Quantrell D. Colbert

David Talbert who wrote and directed “First Sunday” and “Baggage Claim” bring warmth and laughter to the Christmas holiday season with “Almost Christmas”. Talbert has written and produced numerous stage plays but started writing and directing feature films in 2008. Comedian/Actress Mo’Nique plays Aunt Mae and really let her comedic skills shines through in the family holiday movie. There always seem to be dynamics between the 2 comedians in this production (J.B. Smoove and Mo’Nique), which plays into a hilarious scene after another. The 2 characters seem to always be at odds with one another.

Comedian/Actress Mo’Nique plays Aunt Mae and really lets her comedic skills shines through in this family holiday movie. Aunt Mae’s nemesis is Lonnie played by comedian J.B. Smoove, which plays
into one hilarious scene after another. The 2 characters always seem to be at odds with one another and leaves audience laughing.