“The Big Pay Back” Weigh-In Heats Up 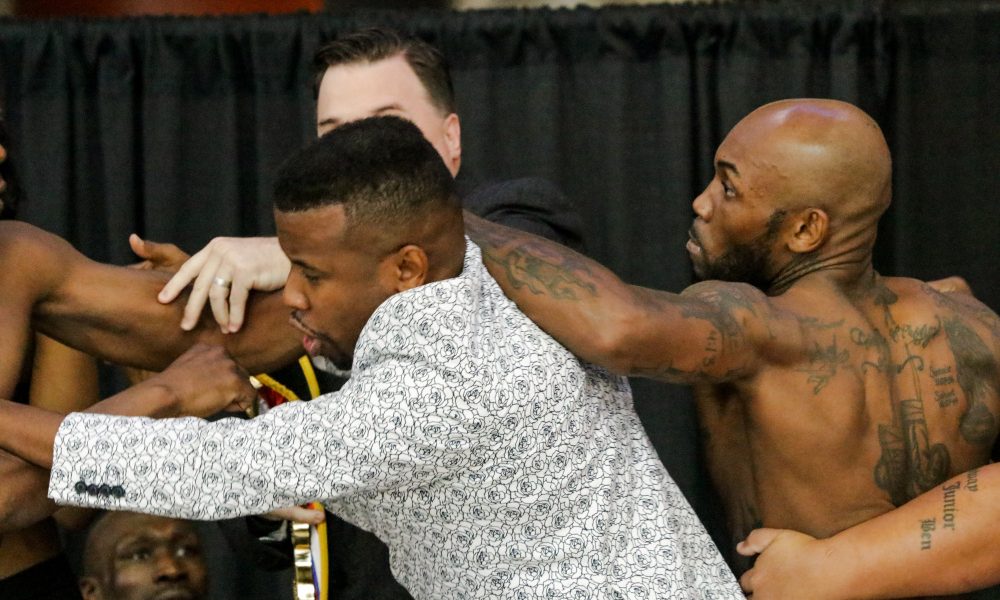 Boxing promoter, Langston Hampton Jr. steps in between boxers Lamar Harris and Lanell Bellows as things heat up at the championship weigh-in.
“The Big Pay Back” Weigh-In Heats Up 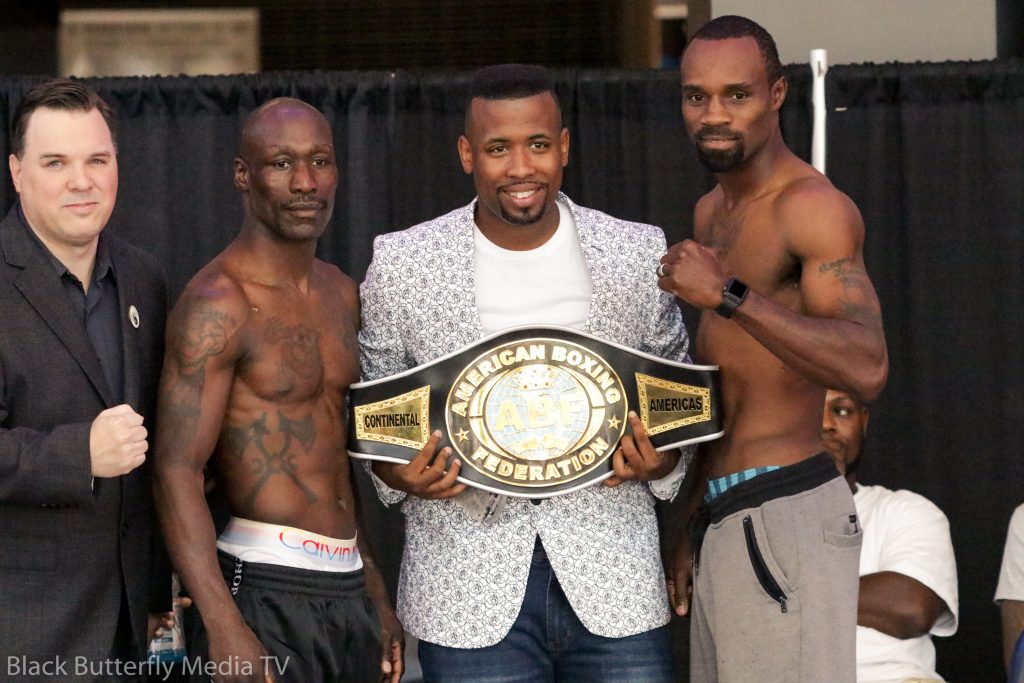 What would a championship boxing weigh-in be without a war of words that turns into an all-out brawl? “The Big Pay Back” Championship Boxing Fight Official Weigh-in took place yesterday at the FedEx Forum.

The calm before the storm was an exchange of words followed by a “talk to the hand” gesture by veteran Lanell “KO” Bellows (17W-2L-2D) of Las Vegas, NV and a push to the chest response by veteran Lamar Harris (9W-7L-1D) of St. Louis, MO. 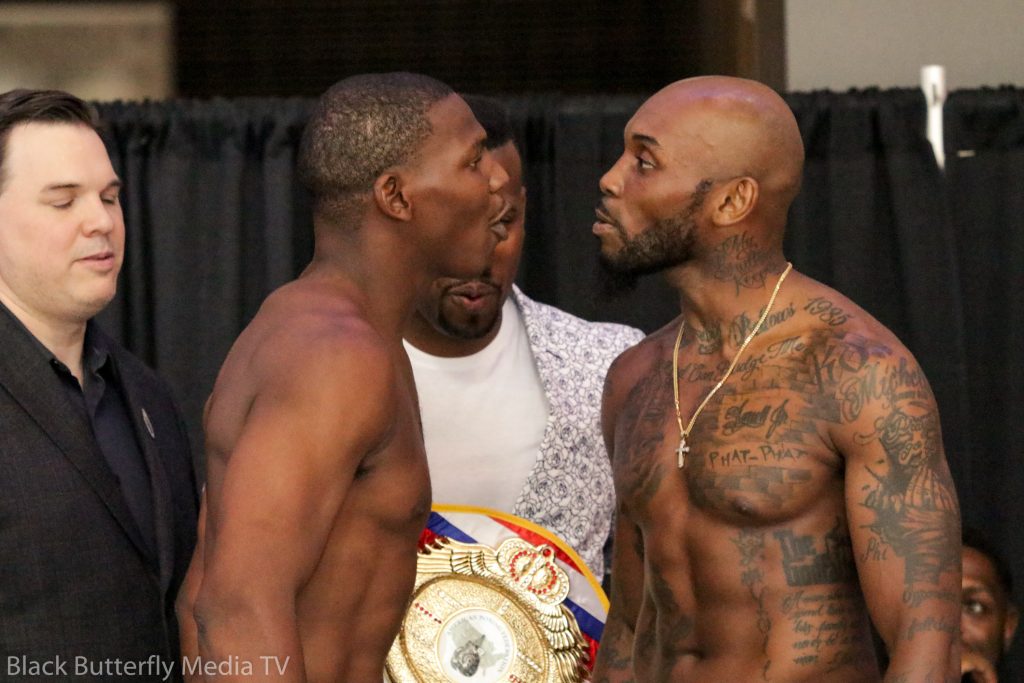 “The Big Pay Back” boxing promoter Langston “Lank The King” Hampton Jr. had to step in and assist in separating the two fighters. Bellows and Harris will be fighting for the vacant ABF-USA Super Middleweight Title.

There will be at least three local fighters in the Memphis area that will be stepping into the ring tonight. Super Welterweight Donald “The Bull Dog” Ward (9W-7L-1D) out of West Memphis, AR will be battling Fremont, Ohio’s hometown favorite welterweight Charvis Holifield (7W-2L-1D). 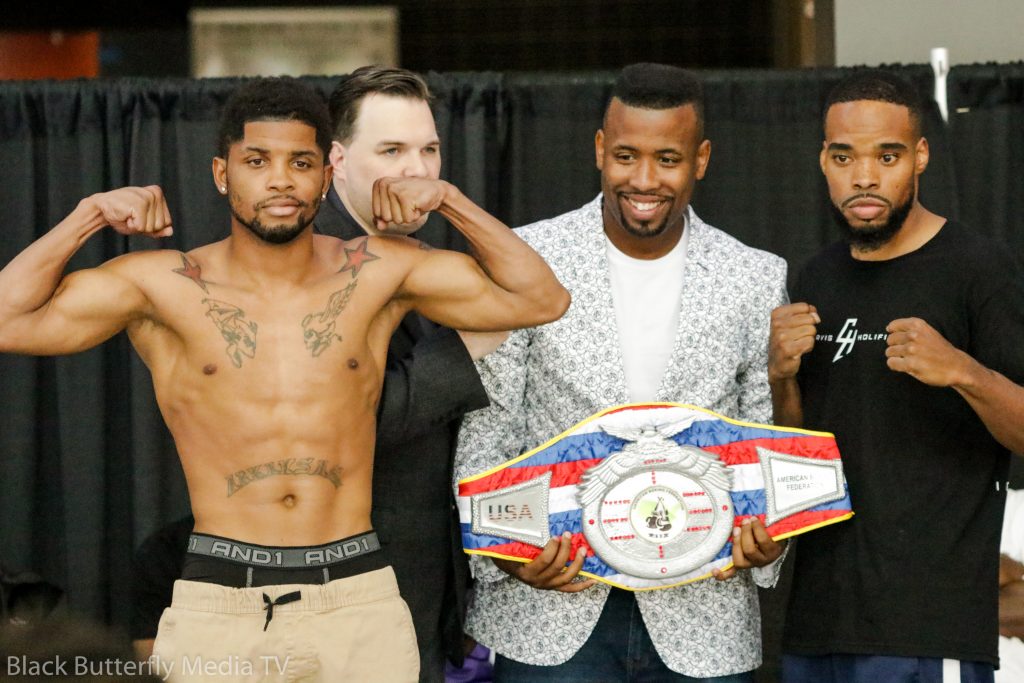 Tickets for the “The Big Payback” fight at the FedExForum start at just $15 for children and start at $25 for adults. Tickets are available at all Ticketmaster locations, ticketmaster.com, the FedExForum Box Office or by phone at (800) 745-3000. Starting time is 7 PM.