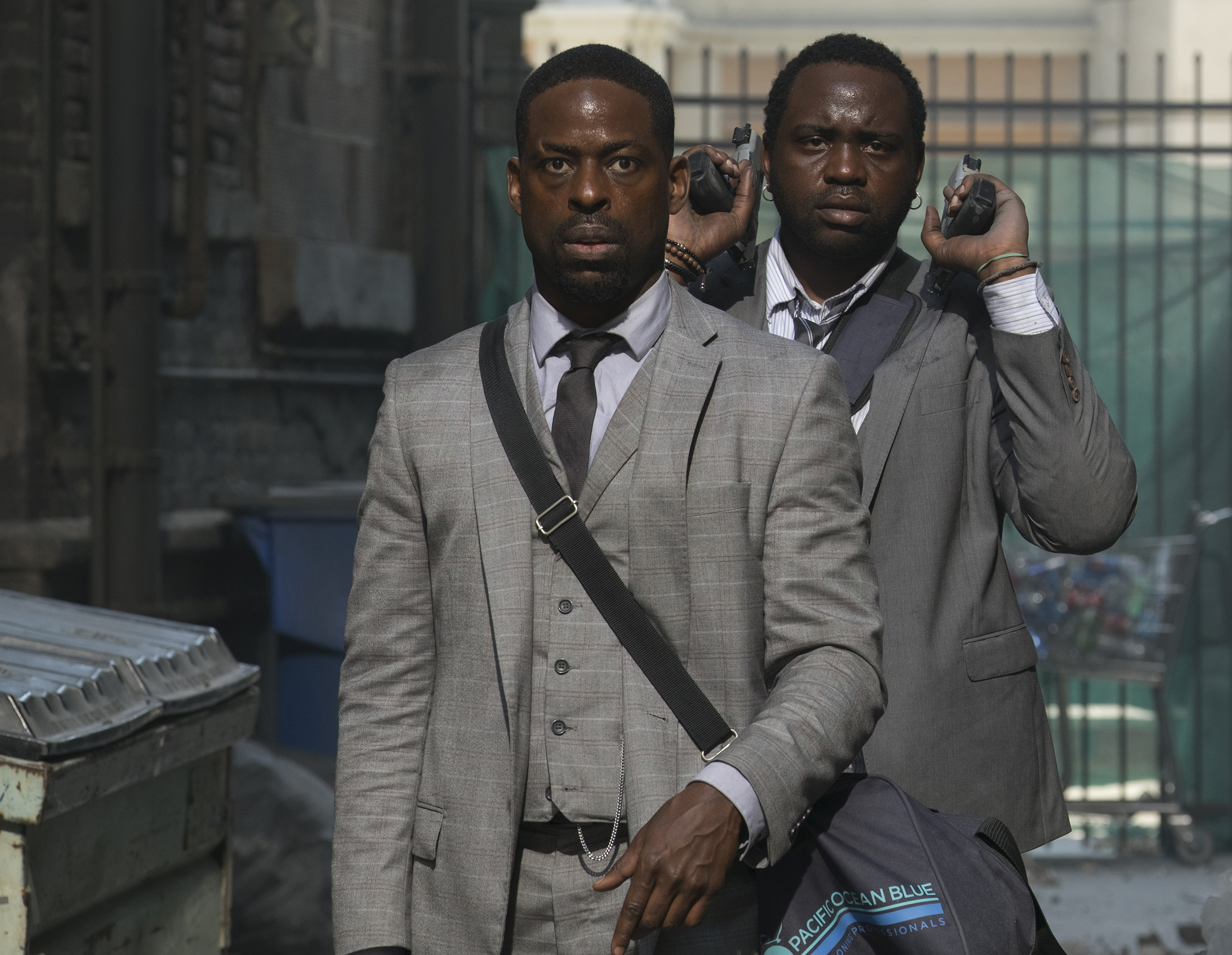 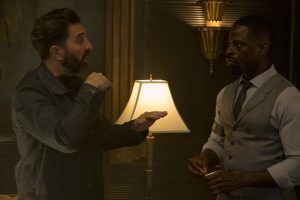 The Hotel Artemis has three rules: no cops, no guns and no killing the other patients. So, what happens when you break the rules in a hospital for criminals? The occupants of Hotel Artemis finds out in this heart racing, suspense thriller from writer/director Drew Pearce. Pearce brought in actor Sterling K. Brown to play the lead male character Sherman Atkins in this action movie thriller. “It was my opportunity to be in a kind of action lead type thing which was fun and exciting”, says Brown. Brown plays opposite two-time academy award winner Jodie Foster in Hotel Artemis.  “This is an opportunity for Sterling to show that he can be a leading man. It’s wonderful to get to watch because he really invites the audience into his character’s psyche.”, says Foster.

Each patient at the Hotel Artemis is given a code name by The Nurse (Jodie Foster) when they’re admitted for treatment. Brown plays Sherman Atkins (Waikiki) and struggles with letting go of family obligations with his brother Lev who is dubbed “Honolulu.” Sci-Fi movie fans will enjoy the futuristic medical aspect of the film. The majority of the scenes takes place in a secret hospital for criminal located in Los Angelos.

“I love the idea of bad guys. I think they are more fun to play for actors and more fun for me to write. So, why put any good guys in it at all? That’s how I came up with the idea of a hospital for criminals.”, says Pearce.

The story takes place in 2028 where there is a shortage of clean water in the city of Los Angelos. Rioters are taking over the city causing an uprising against those who can and can’t afford clean water. Privatizing police are called in or restore order. A bank robbery ensudes as criminals see the rioting as an opportunity to commit crimes. 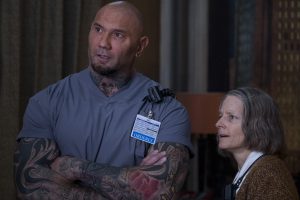 When the bank robbery goes awry, plans have to be changed, and the rioting starts closing in on the bank location. While trying to escape, shots are fired and two of the robbers are wounded. One of which is Sherman Atkins younger brother Lev. Sherman seeks medical attention for his brother from the Artemis Hotel, and the story starts to unfold.

The Nurse runs the place and makes sure everyone abide by the rules. If they don’t, she calls on her health care professional as Everest (Dave Bautista) points out to those who question his role. “They have a very loving relationship where they can take jabs at each other and not take it too seriously,” says Bautista. Bautista brings a strong yet comedic tone to the character Everest. “I think what’s brilliant about Dave and wonderfully sweet is that he doesn’t realize how great an actor he is,” says Pearce.

The Nurse soon finds herself breaking the no cops rule when an unexpected guest Morgan (Jenny Slate) arrives and forces her to confront her past. 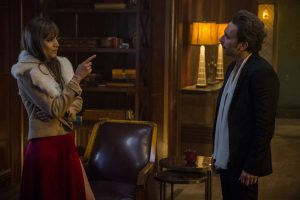 Hotel Artemis is Drew Pearce first film directorial debut. Pearce’s film production team consist of veteran producers Marc Platt (LaLa Land), Adam Siegel (Drive) and Simon Cornwall (“The Night Manager”). Jeffrey Stout (Shot Caller) is executive producer alongside Pearce. Jodie Foster was the first actor to come on board. “You know Jodie was the first one casted. She was the first one that read the script. I’m not really sure how she got the script”, says Pearce.

For the futurist feel to the movie, Pearce called in futurist Thomas Wagner, who is a senior figure at NASA. Pearce wanted the tech aspect to be things we will see in the next ten years or that already exist even if the public doesn’t know about it. Medical advisor Britt Sanborn is a nurse with training as an actress that was brought in to make sure the film captured credible medical techniques.

Longtime friends Sterling K. Brown and Brian Tyree Henry play bank robber brothers in Hotel Artemis. Their 18 year friendship made the chemistry between them believable. “There is something in their relationship that is already big brother, little brother and they brought that all to the screen,” says Pearce.

Sofia Boutella plays Nice who is a strong female character. Nice (Sofia Boutella) isn’t just there to get treatment from an injury but has an agenda that takes the movie in a complete tailspin. “There is a fly in the ointment nature to her character that grows as the movie progress”, says Pearce. Her athletic physique comes into play during the fight scenes, and confrontation with hotel guess Acapulco played by Charlie Day. “She can take any kind of role whether it’s dramatic or action. She is perfect for this part.”, says Bautista. 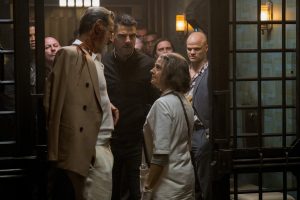 Jodie Foster also plays a strong female character (The Nurse), but there are times in the movie where she shows signs of vulnerability especially with Jeff Goldblum character (The Wolf King/Niagara). Goldblum brings a suave yet cold hardness to this Malibu gangster role. The Nurse doesn’t want to treat The Wolf King, but she knows he is the reason why she has been able to hide out from the real world for the last 22 years. Their relationship creates a pivotal point in the movie.

Foster plays a much older character than herself. “I feel unrecognizable in a way playing somebody who is kind of broken on the inside and has a such a different physicality than I do and to inhabit that for this amount of time is awesome,” says Foster.

Hotel Artemis is an action pack futuristic movie that will  keep audiences entertained. The movie carries a message about relationship issues with family and knowing how to let go of the past and move on.