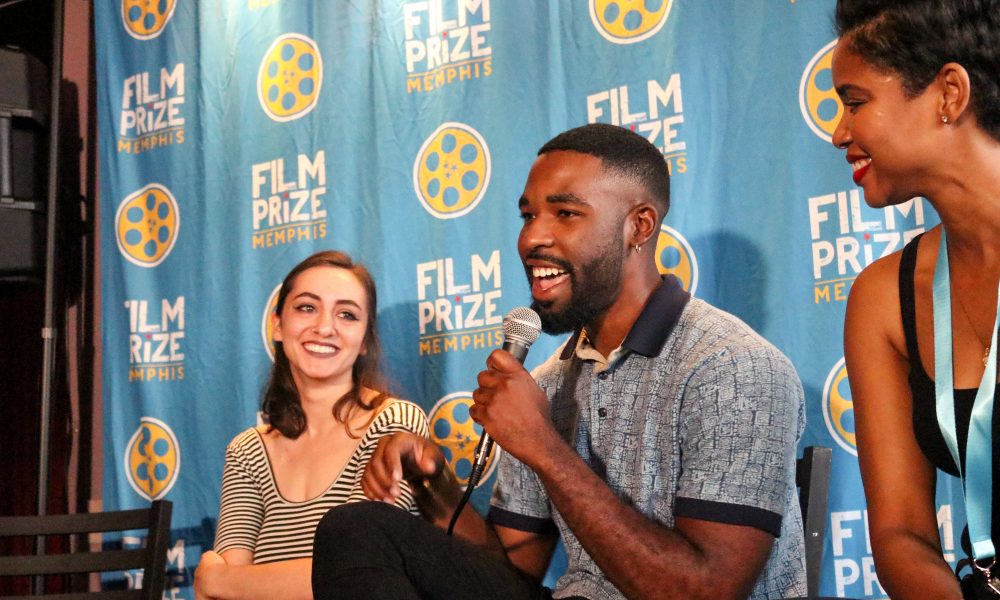 Kevin Brooks received his 2nd Memphis Film Prize win in a row when he teamed up with writer and director Abby Meyers for the film “A Night Out.” The short film depicted a woman named Jessica,  played by actress Rosalyn Ross, going for a night out after the breakup of her boyfriend. Jessica goes to a house party and becomes a victim of a sexual assault.

Brooks came up with the idea but wanted to get a female point of view in writing and directing because he wanted to be true to a story about sexual assault. His co-writer and director was also a victim of sexual assault. “I was sexually assaulted during my first year of college and reported it to the university I attended,” says Meyers. The sexual assault was pretty much swept under the rug, so she decided to return by to her hometown. A couple of years later, the same thing happens again, but this time she didn’t report. “Since nothing happen the first time it happens to me, I decided not to report it. I thought nothing would be done about it anyway.” Actress Rosalyn Ross also admitted to having a similar experience.

“A Night Out” wasn’t the only winner. This year the Memphis Film Prize decided to award two additional prizes for Best Performance Actor and Actress in which the audience gets to select the winner. Latresia D. Bobo won Best Performance by an Actress for her role in “Pages.” The movie was written and directed by Arnold Edwards II. The short film deals with depression and the loss of a loved one. Actor Chris Steinmetz played opposite Bobo in the movie. Bobo had some anxiety playing this role. “I was concerned that I would get so deep into the character’s depression that I wouldn’t be able to come out,” says Bobo. Edwards calmed her fears by letting her know that whenever it was becoming too much just to let him know, and they would take a break.

Actor Percy Bradley won Best Performance by an Actor for his role in “Hangry.” The hilarious comedy movie was written and directed by Clint Till. Till had another actor in mind to play the reverend for his light-hearted comedy, but the actor he wanted was out of town. Through networking within the film and acting community letting people know what type of actor he was looking for, Percy Bradley’s name came up. “When I told people who I cast as the reverend, everyone was like Percy Bradley Oh I know him. He’s a wonderful stage actor’, says Till.

The winner of the film prize received a $10,000 cash prize. There were two major rules for the competition. Filmmakers had to shoot their film in Shelby County, and the film had to be 5 to 10 minutes in length. The judges’ votes account for 50%, and the other half comes from the moviegoers.